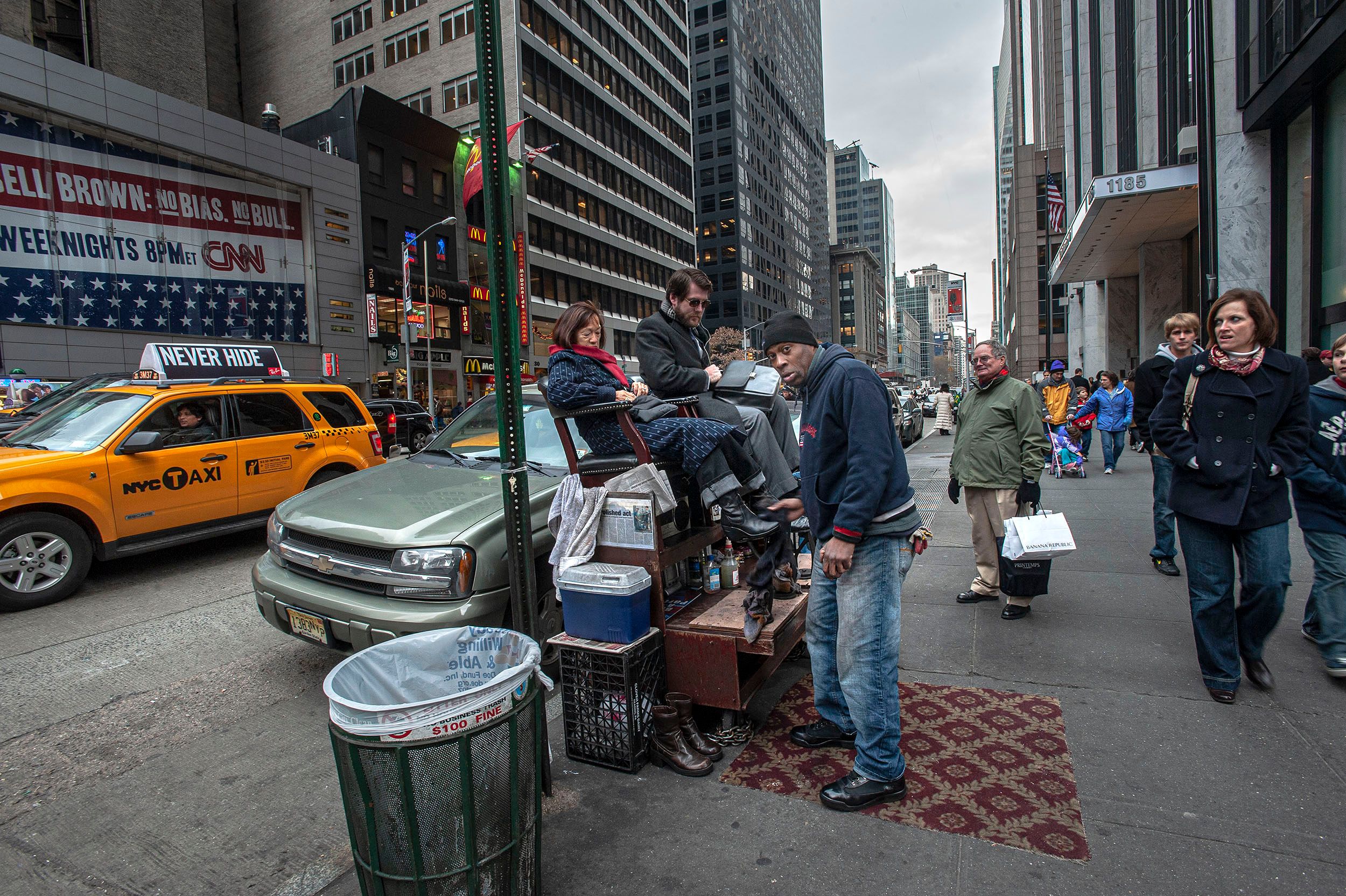 They say you can leave a place, but you can't take the place out of you. New York City is one of those places for me, especially if you were born there and grew up there. The city always seemed huge and oversized with those canyons of city streets lined on both sides of the street with tall skyscrapers and a vast amount of people living, working, and visiting what has later become well known thru an ad campaign in the 1970s as 'The Big Apple.' My grandparents on both sides of my family lived in Manhattan. Both my parents were born and lived there. After my dad entered the Marines where he served in the South Pacific during World War 2 and then consequently my parents began early child-rearing days where I joined my two older siblings in a small 3 bedroom apartment on the 72nd Street and the West Side Park.

If you can afford them, big cities offer many amenities. Museums, theaters, restaurants, music venues such as The Blue Note, Carnegie Hall, Studio 54, Max's Kansas City, New York Opera and the New York Philharmonic, and many other famous jazz, rock venues and nightclubs. From international fashion houses to large department stores, private schools, and universities: a dizzying array of distractions for those with money and a deep underbelly for those trying to make it on different terms. Depending on to whom you were born, the city either sparkled, or you were busy polishing the crystal for elaborate parties.

Many who live there say New York City has everything, but that also includes a dark side. A city where it's easy to get lost and left behind. People try to scratch their way to the middle. Depending on luck, college friends or family connections, it is certainly easier to establish oneself but then again, maybe not.

After my family moved up to New Rochelle, one of the many bedroom suburbs surrounding Manhattan for the many dad's who commuted daily on the trains to their jobs in the towering skyscrapers. My dad at one point, rented an office for his small toy company in the Empire State Building on the 37th floor.

I have always felt safe in NYC. I have wandered the streets looking for photographs to tell the complex stories of urban life. Later on, when I was married and had children, we would visit the city for holidays and family occasions. During one of these trips, I made these images as we traversed the city heading to a museum or restaurant, keeping us all entertained with 15lbs of camera and lenses always in hand while trying to make sense of a place I call home.