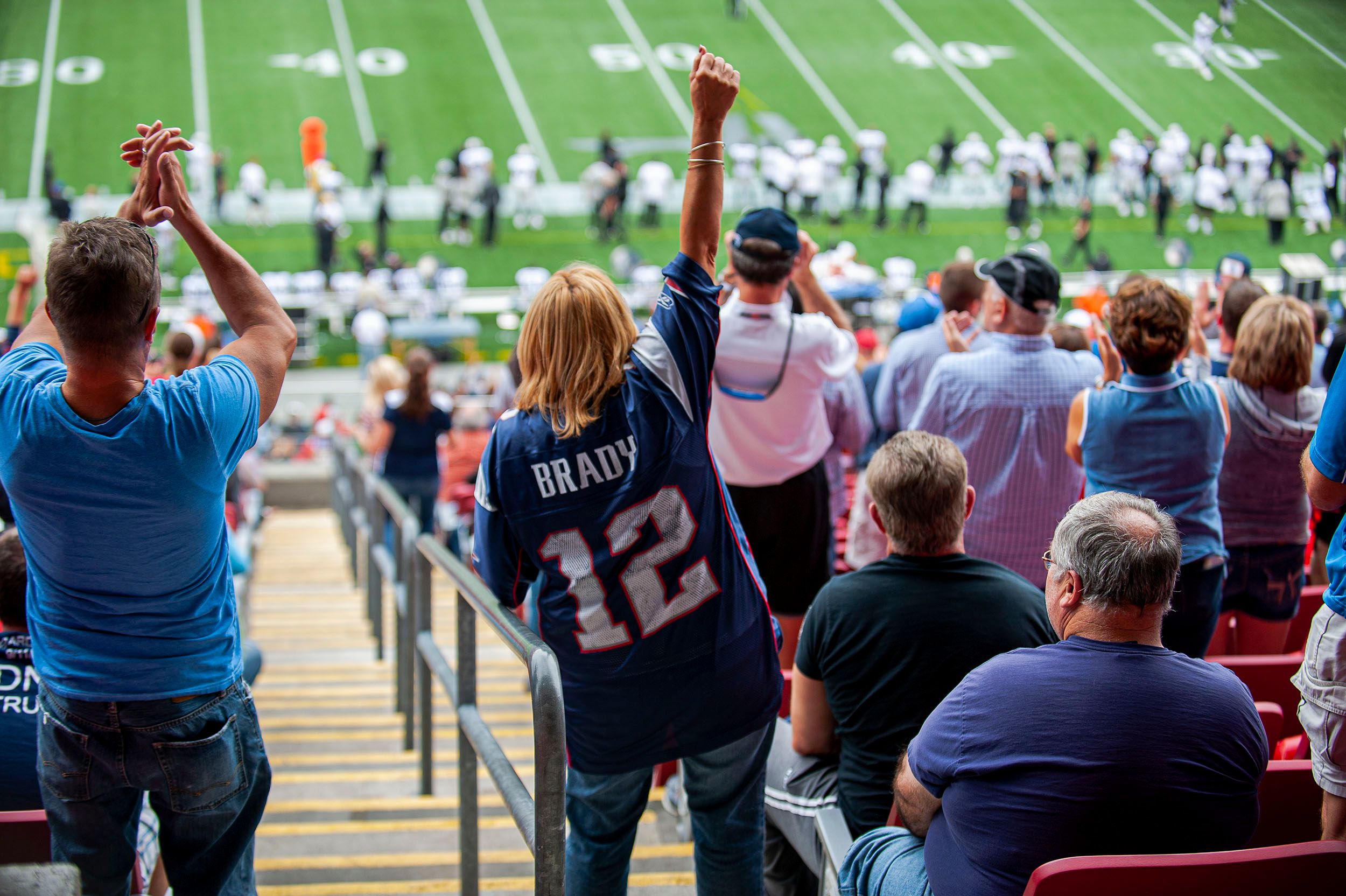 One of the most successful NFL franchises led by quarterback, Tom Brady and head coach, Bill Belichick. These photographs were made at a home game in 2014 against the Oakland Raiders.

What surprises me most about NFL games is how much the games and the overall experience is about entertainment, tailgating before the game, sales of beer, food, and of course NFL merchandise like shirts of people's favorite players. Winning the game doesn't hurt either and being a fan of the Patriots one certainly got used to winning seasons ending with a Super Bowl Championship, but then again things change and nothing lasts forever. Tom Brady is now with the Tampa Bay Bucaneers.