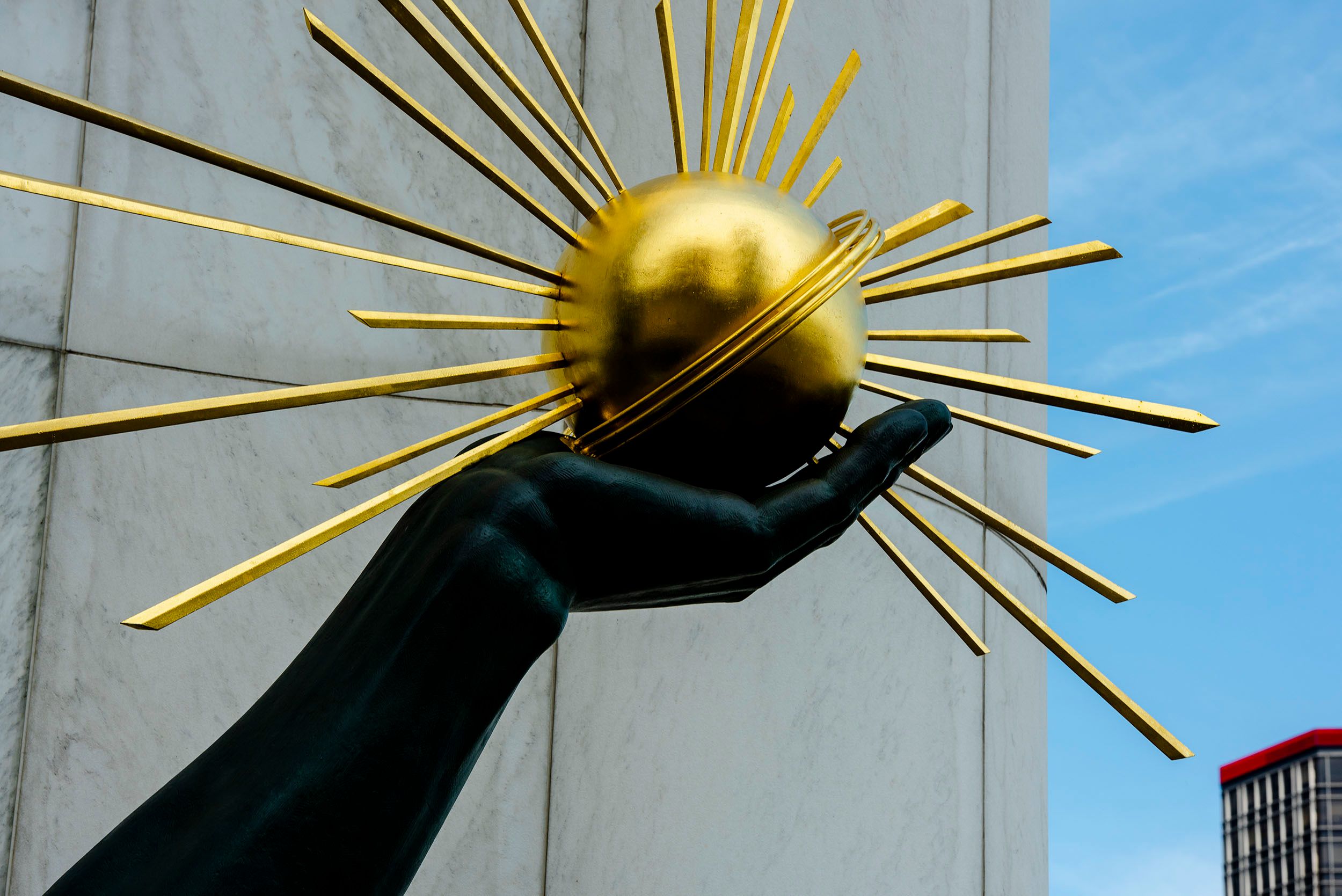 Detroit, the Motor City has held a lot of mystique for me over the years. From its legendary musical voices which I grew up listening to Aretha Franklin, Marvin Gaye, Smokey Robinson, The Temptations, Stevie Wonder, the Supremes, and later on Eminem. The automobile manufacturing powerhouses of the Big Three: Ford Motor Company, General Motors, Fiat Chrysler automotive factories and headquarters added to the robust industrial and financial landscape. Detroit's professional athletes and sports teams including the world champion Detroit Tigers, Detriot Lions, Red Wings, and the Pistons.

Detroit has an undeniable history and a spell that demanded that I find time to explore the place. I booked a flight, picked up a rental car, and mapped out a road trip to spend 3 days exploring Detroit, over to Plymouth, MI for the 'Concourse of America' for 2 days to shoot work for my 'Art of the Automobile' series and then a final stop in Chicago for another 4 days of exploring and photographing.

I always have high expectations of bringing back memorable images whenever I head out on these adventures. I try to keep costs low while traveling comfortably and keeping safe along the way. Never knowing what I will come across but that place of not knowing is a vital ingredient to the creative process. As long as I am walking and shooting, I know that I will bring back a few stellar images, which was the original goal of going was all about.

Some might wonder why Detroit? Brian Palmer writes for Slate Magazine, "Because Henry Ford lived there. Detroit and its environs had a lot to offer the nascent auto industry around the turn of the 20th century. Iron ore was available from the Mesabi Range in Minnesota, and there was ample timber in Michigan itself. (Early car frames were made of wood.) Rail and water routes made it easy to ship cars to Chicago and New York. And Detroit already hosted heavy industry like machine shops and stove works. Toledo, Cleveland, Milwaukee, and Buffalo could have made similar claims, yet none of them became Motown. Detroit’s eventual dominance probably had more to do with a couple of historical accidents than any geographic advantage. First, innovators like Henry Ford and Ransom Olds happened to live in Michigan. Second, automotive executives in early-20th-century Detroit behaved a lot like Silicon Valley executives today: They regularly switched companies and launched spinoffs and startups. This culture of cross-pollination spread innovative manufacturing and design ideas among the Detroit manufacturers. Distant competitors couldn’t keep up with Motown’s research and development operations and eventually failed or sold themselves to Detroit.

There was no indication that Detroit would come to dominate car making in the industry’s early years. According to economist Steven Klepper of Carnegie Mellon University, none of the 69 companies that entered the auto industry (PDF) between 1895 and 1900 was located in Detroit. Olds Motor Works became the city’s first major carmaker when it relocated from Lansing in 1900. Ransom Olds then made a decision that would shape the course of the industry—rather than creating hundreds of small components in-house for his Curved Dash Runabout, he subcontracted much of the work to companies in Detroit’s flourishing manufacturing sector. The people who built the car’s parts eventually learned so much about automotive manufacturing that they went on to launch their own brands. Olds’ subcontractors included the Briscoe brothers, who helped build Buick, and machinist Henry Leland, who created Cadillac and Lincoln. The Dodge brothers also cut their teeth making parts for both Olds and Henry Ford. Ransom Olds, himself, eventually left Olds Motor Works to found the REO car company. A few other executives from Olds founded Chalmers and Hudson. William Durant, the man behind General Motors, was twice forced out of the company, forming Chevrolet and later Durant Motors while he was away. All of these ventures were based in or near Detroit.

The number of U.S. carmakers peaked at 272 in 1909, including major manufacturers in New England and Ohio. During the 1910s, however, the Detroit brands pulled away. In 1915, 13 out of the country’s 15 most popular car brands were in Detroit. Motor City executives, particularly Ford, invested heavily in research and development, distancing their products from the out-of-towners.

The industry further agglomerated—an economics term for the consolidation of an industry in one geographic area—in Detroit, and parts suppliers and skilled laborers followed the largest manufacturers to Motown, making it harder for companies in other regions to compete. Many of the largest remaining non-Detroit carmakers, including Nash (Kenosha, Wis.), combined with Detroit-based brands in the 1950s to form American Motors.* George Romney, father of the GOP presidential candidate, eventually helmed the company, which was bought by Chrysler in 1987".