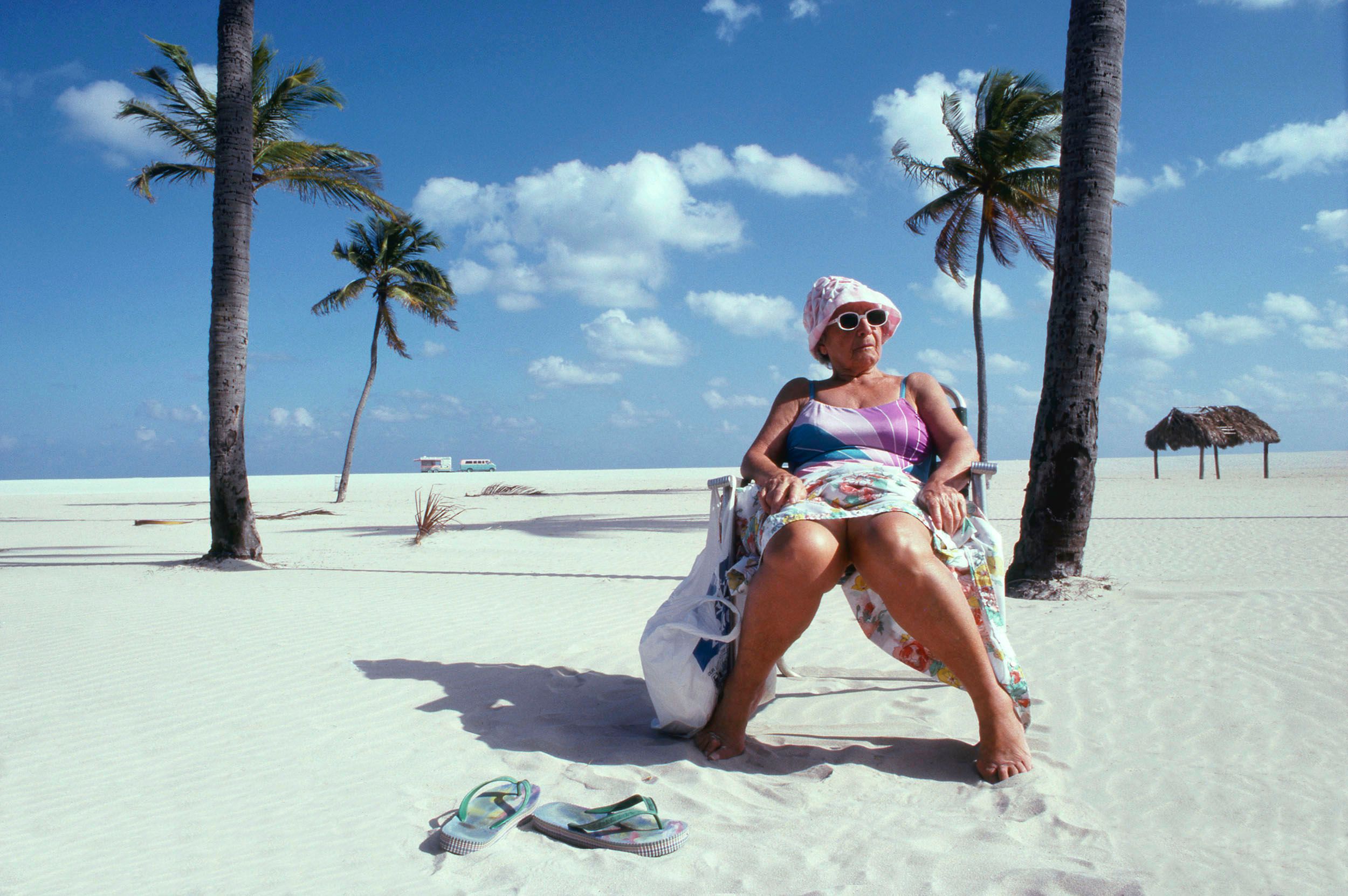 Portrait of an older woman sitting on a beach chair at South Beach in Miami, Beach, Florida. Miami has gone through boom times and downturns changing by the quarter-century. From the mid-1960s onward Miami was definitely in a recession. With some beautiful Deco-styled hotels and architecture the last holdouts were the old people who would travel to Miami for an affordable month or 2 in the sun during the brutal winter months in the Northeast. In the early 1980s, Miami Vice was a very influential TV show which was about 2 good looking Miami police detectives, Sonny Crockett and Ricardo Tubbs wearing stylish clothes all the while capturing and arresting the typical low life's and swindlers which surround any major city, except this show, had palm trees, blue skies and white puffy clouds behind a hip sound track. All that is to say, I became interested in Miami as a place to visit and explore. During one of my visits, driving along Ocean Drive, I saw these older women sitting together in their beach chairs on a beautiful morning in South Beach, Miami in November. I had to stop the car and get out and photograph. It was an iconic setting and casting could not have done a better job with providing this woman with the perfect attire that represented for me, Miami of the mid-1950s, but in another decade.

At the time, I didn't really know what I had, as everything I was shooting was on film. Eventually this image has come to be one of my most favorite environmental portraits as it so perfectly describes the person, culture, and location in a single image. Having the food truck in the back of the image with matching Miami colors was a real lucky unintended happenstance as well.