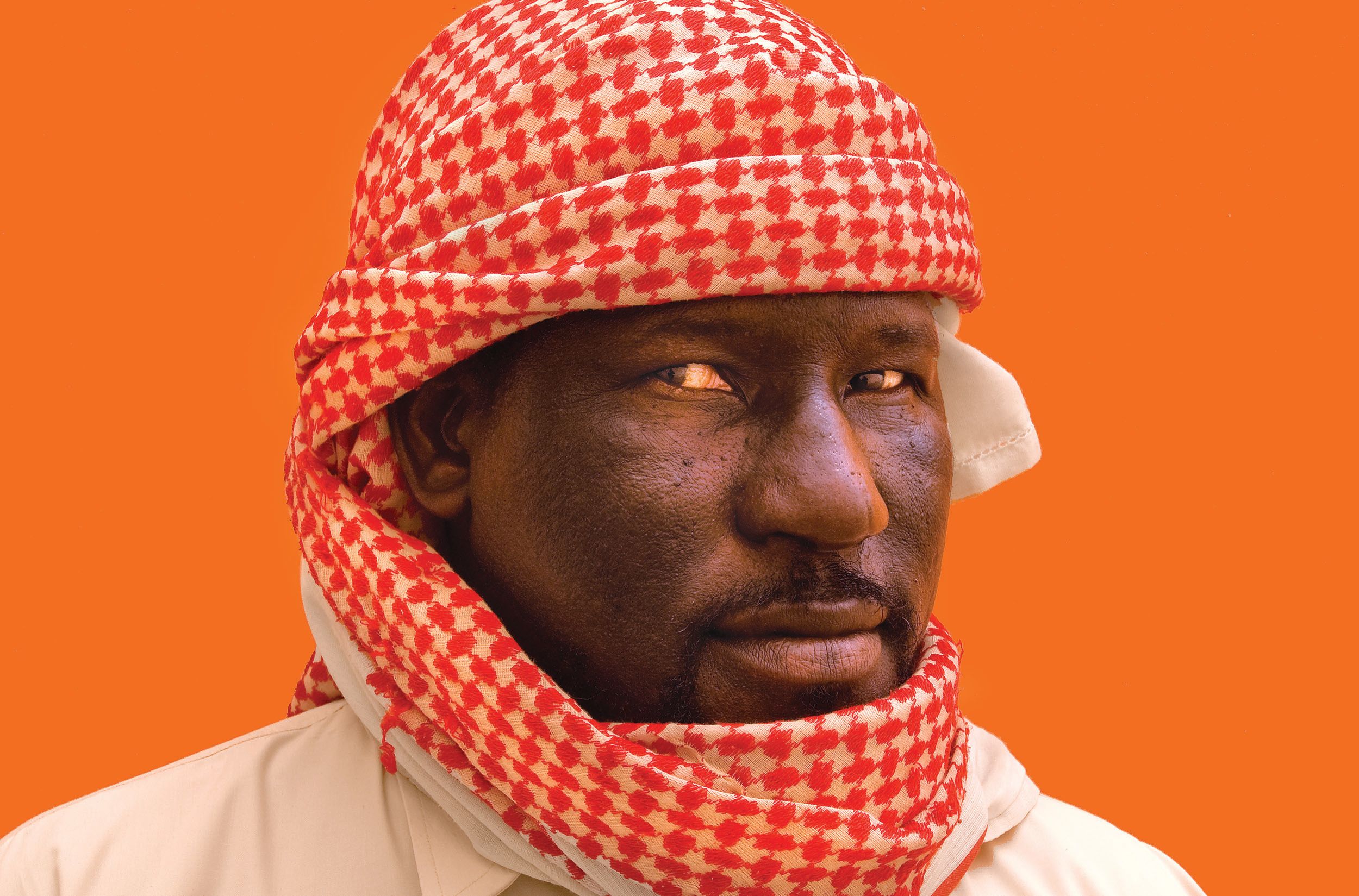 Portrait of an African Muslim man wearing keffiyeh headscarf against an orange wall in the Old City, Tripoli, Libya.

I was on assignment in Libya in 2007 for The Monitor Group, a Cambridge, MA-based, worldwide consulting organization that was at the time consulting with the Kaddafi government in Libya. They were training senior-level government and corporate executives on the relative and applicable theories of Harvard Business School, Michael Porter's concepts of economics. My company, an interactive communications firm, Visual Stream Productions was hired to produce this state of the art, educational eLearning DVD. I was there to gather content, both video interviews as well as photographs for use in this complex application. I worked with directly Thomas Craig, one of the founders of The Monitor Group and Tony Goldner on the ground in Tripoli.

The longest time the Libyan government allowed for my visa was for 8 days. To be able to visit North Africa under the watch and support of the Muammar Kaddafi government was a fascinating look into world geopolitics and regional history. How do you teach Western principals of business strategy, leadership, competitiveness, and entrepreneurship using real-world Libyan case studies to an Islamic nation under military rule with an ideology far different from western values? Without going too much further about the goals of this project and the subsequent success of building this world-class application, this is a memory of a very special time in my life which afforded me a unique opportunity to explore a very foreign culture filled with history.

I was assigned a driver and a security detail form the Ministry of Communications to make sure I stayed in line. Early morning forays and late afternoons explorations into the medina gave me ample time to wander the city alone. I explored both the few relatively new sections as well as the ancient parts of the old city of Tripoli. I was also able to travel outside of Tripoli to visit the ancient Roman city of Leptis Magna located a few hours east of Tripoli on the Mediterranean coast.

This portrait of a man came into being very quickly one morning as I was walking the back streets of Tripoli. These streets are really dirt paths no wider than 6-8 feet across. Most houses and stores in the medina are unpainted and colored in the drab earth tones used for the exterior stucco. I came across this solitary home that had an unusual fresh coat of bright orange paint. I had to stop for a moment and take this in. So different from any other residence, but by itself, was not a photograph worth making until this gentleman came walking past me. I gestured to him and using universal hand signals, asked if I could take his portrait. He obliged and the resulting portrait came from that morning in Tripoli.